An international research team involving Catherine McCammon reports in Nature Geoscience how mantle convection through Earth’s history can separate material based on its oxidation state and thereby influence the primordial atmosphere as well as the structure of the deep mantle. They conducted high-pressure experiments on bridgmanite, the mineral that makes up more than half of the Earth, using two samples, one made from glass under conditions with very little oxygen (“reducing”) and one made from glass under oxygen-rich conditions (“oxidising”). Overall the samples were similar, but had slightly different densities, where the reduced material was heavier than the oxidised material. They simulated mantle convection over the history of the Earth and found that a mixture of oxidised and reduced material will separate due to their different densities. Dense reduced material forms piles at the bottom of the mantle, while lighter oxidised material rises and can provide oxygen to the atmosphere, contributing to the habitability of the early Earth. 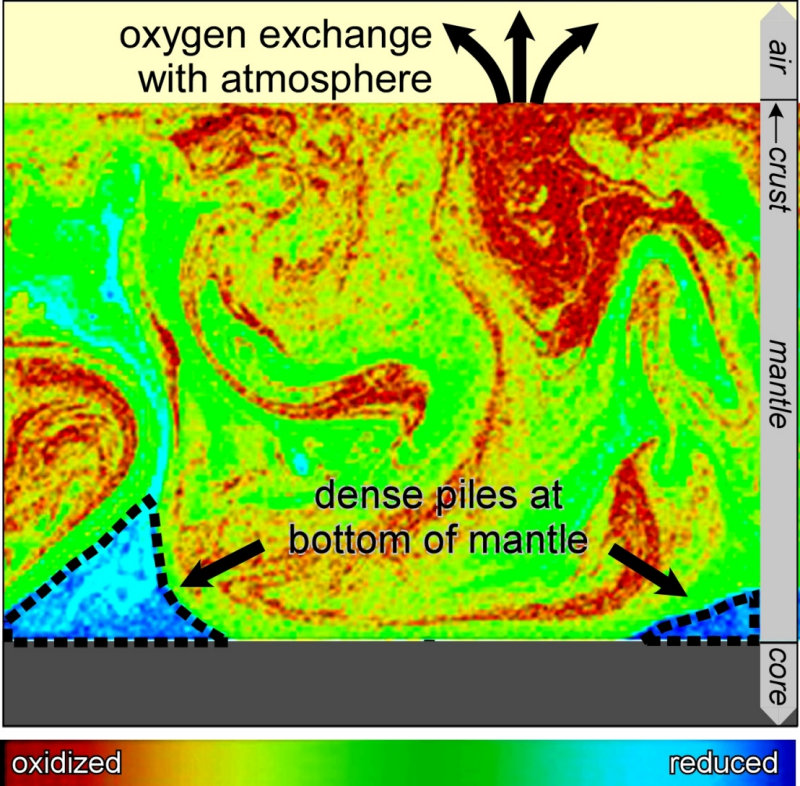