An international research team involving Gregor Golabek reports in Nature how the oldest continental crust, so-called tonalite-trondhjemite-granodiorites (TTGs), formed on early Earth more than 3 billion years ago. Field geologists observe that in nature 20% of TTG rocks formed at low, 60% at intermediate and another 20% at high pressure conditions. Previous models of early crust formation suggested that all crust-forming melt was erupted at the surface. Using state-of-the-art numerical models of mantle convection considering crust formation the authors were able to demonstrate that the observed formation pattern of TTG rocks can only exist when not all crust forming melt is extruded as lava at the surface, but a significant part of the melt intrudes at depth and forms plutons. This result suggests that crust formation on early Earth was more similar to present-day conditions than previously thought. Additionally these numerical models reproduce the total volume of TTG rocks observed in nature and the formation times observed in the model agree with the geological dating of TTG rocks observed in the field. 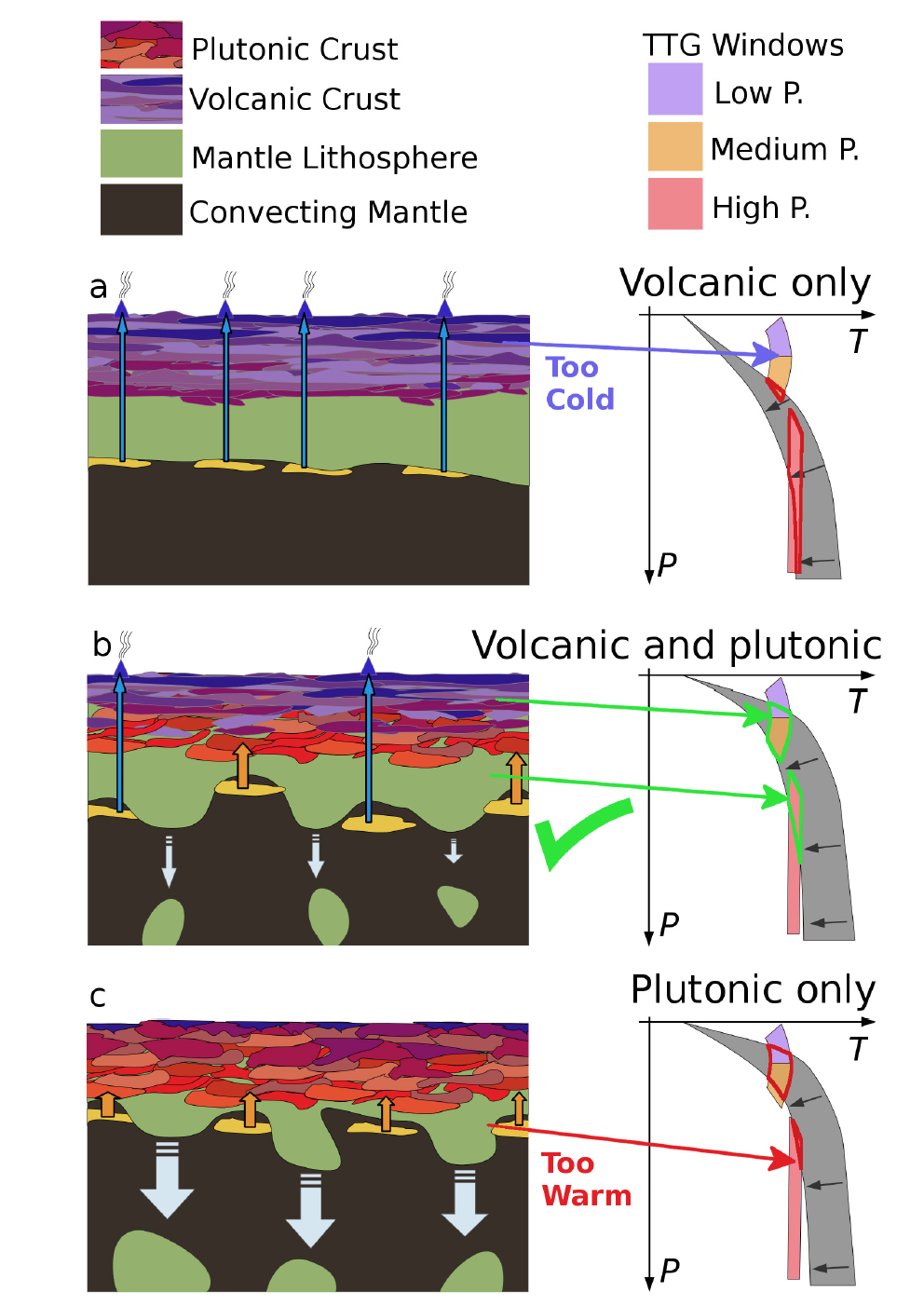 Effect of the emplacement mechanism on the formation of TTGs: (top) only eruption at surface, (middle) mix of eruption and intrusion, (bottom) only intrusion at depth. The grey envelopes in the right plots show the time evolution of the Earth’s thermal structure. The pressure-temperature windows in which TTG rocks form are represented by colored areas.